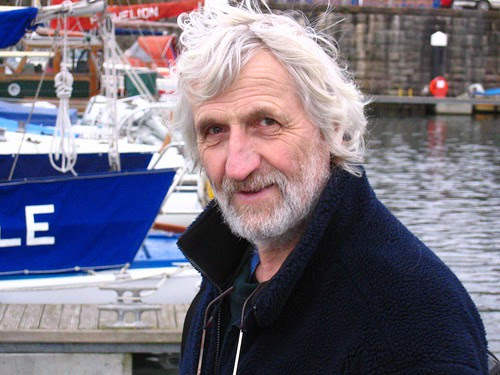 Here is a fellow who has had a tremendous impact on the values and beliefs I have formulated over the years as an outdoor practitioner. Alan Alldred is on of life's true journeyman who is revered and respected for his skills as an educator and as a paddler. Though Alan has embraced many disciplines over the years including competitive kayaking, mountaineering, caving and rock climbing his two current means of engagement with the environment come in the form of sailing and canoeing. What amazes many people is that despite his mature years and ailing body in the form of a loose hip, Alan still accomplishes a number of succesful voyages each year, sometimes solo.

Alan's career has spanned several decades which has included working at such bastions of outdoor learning as Whitehall, Buxton. He is very much a traditionalist in terms of the ethos we should project as coaches and instructors. For instance, if you can't climb the route in big boots, how can you expect the students to do the same? Alan firmly believes that the passion for an activity comes from doing the activity in your own time. The coaches, instructors and leaders he has at some time or other mentored, advised and challenged are legion. Every single one will speak of the benefits of knowing Alan and the value of the wisdom he has imparted. 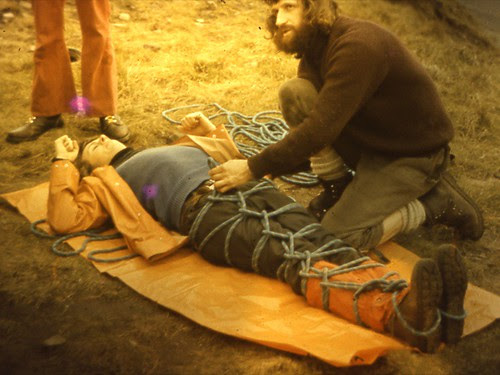 Photo: Alan Alldred Collection
A truly original individual who has lived his life exactly the way it should be...........to the full
Posted by Sea Kayak Mark at 11:50 AM

I first met Alan in the 1970s when he was at Didsbury. I climbed and walked with him for several years. I think the picture of him making the stretcher is one I took when he was running a course for local teachers. Say hello to him from Geoff Billington.