The logos have landed... 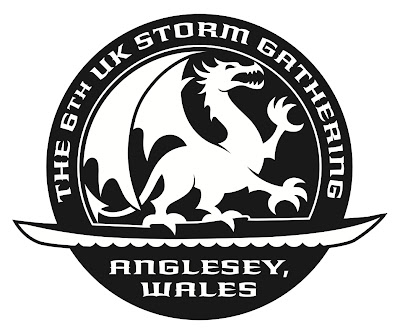 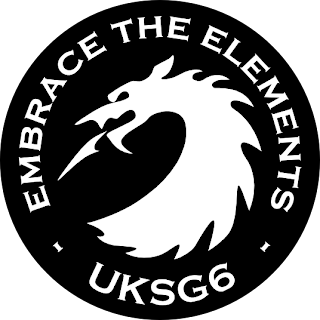 Posted by Sea Kayak Mark at 8:00 AM No comments:

Email ThisBlogThis!Share to TwitterShare to FacebookShare to Pinterest
Labels: symposiums

Helen demonstrates a variety of traditional Greenlandic capsize recovery maneuvers in a skin-on-frame kayak. Helen competed in the 2008 Greenland National Kayaking Championship, and received first place medals in individual rolling, group rolling and the distance harpoon throw. Filmed by Andrew Elizaga.
Our website, www.greenlandorbust.org, includes an active blog, a question and answer section and an online store, which features the DVD "Simplifying the Roll with Helen Wilson".
Posted by Sea Kayak Mark at 5:33 AM No comments: 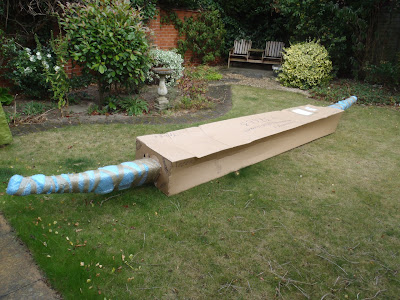 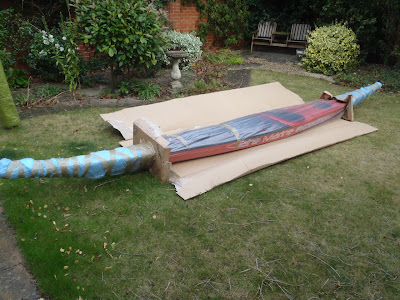 Tahe Marine, who are one of the biggest kayak manufacturers in Northern Europe, and who sponsor my partner Helen, have generously provided her with a Greenland OC to use at the 6th UK Storm Gathering and for future events/ clinics in the UK. 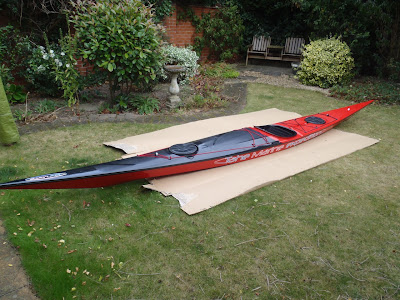 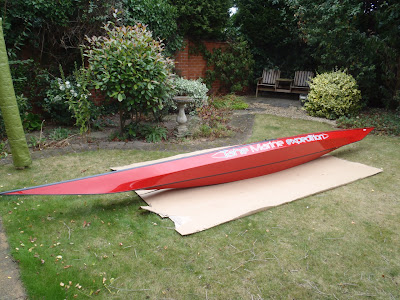 Tahe Marine, who are based in Estonia, are enjoying a growing reputation around the world as a strong and reliable company who does not compromise on a single detail. Helen was impressed by the attention to detail she saw whilst visiting the Tahe Marine factory this summer. Certainly seeing this beauty emerge from the wrappings, one would agree that dedicated craftsmen put this together :o)
Posted by Sea Kayak Mark at 2:13 PM 1 comment:

G or B Rolling and Rescues Day 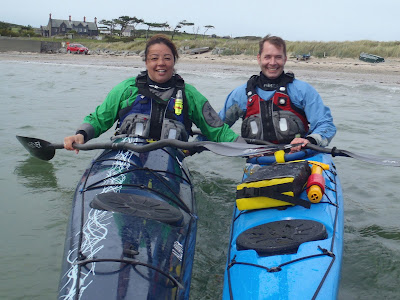 On Sunday, I met up with Claire and Dave at Summit to Sea on Anglesey for a one day coaching programme. Claire had contacted me about putting something together for the pair of them in order to build up boat confidence after a break from paddling. It was great to be able to offer them what they wanted and be delivering as Greenland or Bust in the UK for the first time. However, one key element was missing in that Helen, my partner, was in Thunder Bay teaching at the Superior Kayak & Canoe Club Paddlefest on this occasion. After delivering several workshops and clinics with her this summer, it did feel strange not having Helen around. 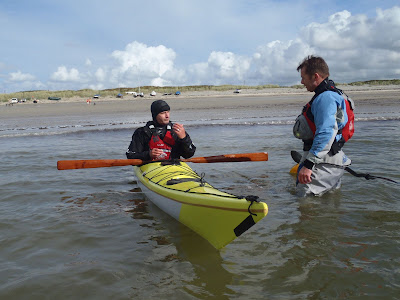 Nonetheless, after chatting through their key goals for the day and leaving Pete (owner of Summit to Sea) to get the store ready for the day, we headed to the relatively sheltered waters of Borthwen. The plan was to take Dave and Claire through some effective rolling progressions that Helen has created before taking them out into more challenging waters for rescues and 'combat' rolling (doing it for real!). 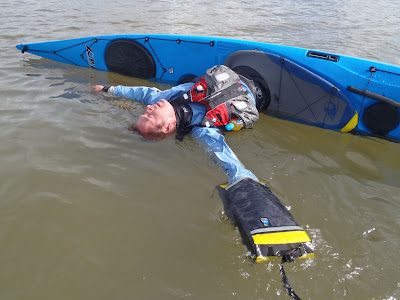 We began with developing body movement awareness before moving onto balance braces using paddles floats for assistance. Once they had begun to understand the principles of 'Lift, Tilt and Slide', I progressed Dave and Claire on to practicing their rolling and trying to apply these key elements. After which we took a break as there is only so much water a person can store up their nose. 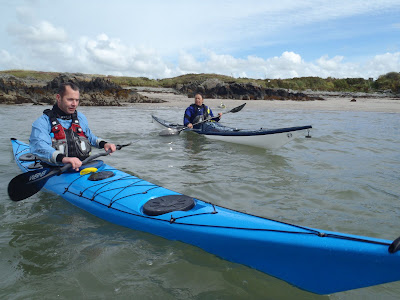 Once back on the water, the three of us headed out towards Rhoscolyn Beacon to practice in more interesting conditions what we had covered in the morning. It was clear that both of them had worked hard in the morning but it was essential to cover the fundamentals of deep water rescues because people do swim from time to time and an effective rescue between peers is a good skill to have. 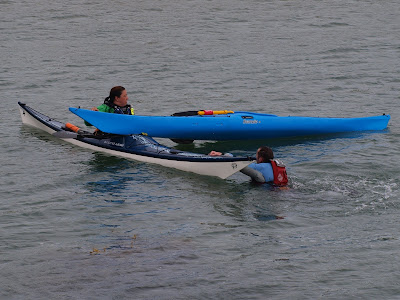 Once both Claire and Dave were confident they could rescue each other with some efficiency, should anything go wrong, we headed out to the tideraces that occur around Rhoscolyn Beacon. This was their chance to try it all out for real, and to see how far they had progressed . Claire in particular was keen to tear up the waves and her confidence visibly grew as the day went on with her rolling successfully several time in the rougher waters. It was great to see them land with big smiles, and after debriefing the day Dave decided to invest in Helen's DVD "Simplifying The Roll". It was also nice to make plans for future coaching sessions also. And after going our separate ways my thoughts returned to Helen... 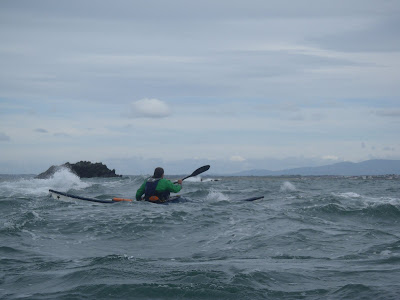 Helen is currently teaching at the Traditional Paddlers Gathering in Minnesota as hosted by the Northern Lights Qajaq Society, before then flying to Japan for the Greenland-Stick Users’ Trial Stages (GUTS 2011) which has been organised by Qajaq Japan. Meanwhile, preparations continue for the 6th UK Storm Gathering that is being held in October. 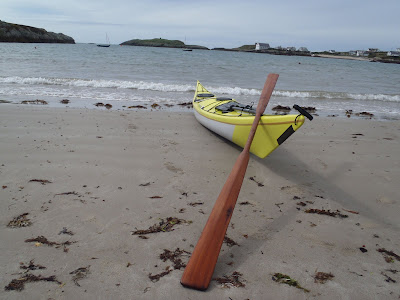 Check the Greenland or Bust Events page for future scheduled courses and symposium appearances, and if we can provide a programme or be of service, get in touch wherever you are in the world :o)

Pictures of the day can be found here.
Posted by Sea Kayak Mark at 1:31 PM No comments: