Apparently the cunning Germans have developed a 'boil in the can' Cheeseburger. Jonathan Ross sampled this along with a packet of dehydrated red wine 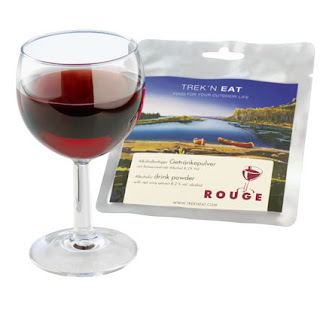 I must admit that what came out of the can during his broadcast didn't look nearly as appetising as the picture above but then again these things rarely do!

There are often times on extended trips and expeditions when the subject of food comes up, especially the things people crave. There's a good chance that the ubiquitous burger gets a mention. Well, now every well prepared leader can pull on out of the bag to see how that boosts moral :0)
Should you want to actually buy these items, go to the Trekking Mahlzeiten website
Posted by Sea Kayak Mark at 8:47 AM No comments: 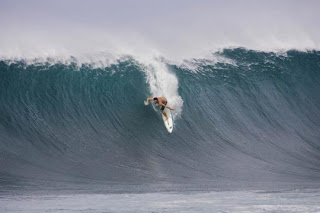 After teaching surfing near all day, I would come home and as I would bend over to kiss my wife hello, sometimes my sinuses would choose to drain, right at that most inopportune time. So, I would tell her... "Sorry, honey, looks like the tide came in!"

At a wave like Backdoor, the trick is to find a crease that gets you in. Once committed, just follow the curves until you se the light. Unknown tunnel rat, diggin' it. 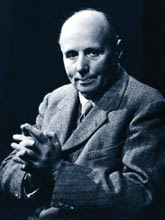 Born in Berlin of Jewish parents, Kurt Hahn studied in , , , and Göttingen. During World War I, Hahn worked in the German Department for Foreign Affairs, analysing English newspapers and advising the Foreign Office. He had been private secretary to Prince Max von Baden, the last Imperial Chancellor of . From 1920 to 1933 Hahn was headmaster of Schule Schloss Salem, a private boarding school in , founded in cooperation with Prince Max. In 1933 Hahn was forced out of and moved to , where he founded Gordonstoun and served as its headmaster until 1953. Hahn inspired or initiated the foundation of , the in as well as other , the Duke of Edinburgh Award and many other schools based on the same principles as and Gordonstoun.

Hahn's educational philosophy was based on respect for adolescents, whom he believed to possess an innate decency and moral sense, but who were corrupted by society as they aged. He believed that education could prevent this corruption, if students were given opportunities for personal leadership and to see the results of their own actions. This is one reason for the focus on outdoor adventure in his philosophy. Kurt Hahn proposed that young people are exposed to six declines:

1. Decline of Fitness due to modern methods of locomotion;

2. Decline of Initiative and due to the widespread disease of spectatoritis;

3. Decline of Memory and Imagination due to the confused restlessness of modern life;

4. Decline of Skill and Care due to the weakened tradition of craftsmanship;

5. Decline of Self-discipline due to the ever-present availability of stimulants and tranquilizers;

And worst of all:

6. Decline of Compassion due to the unseemly haste with which modern life is conducted or as William Temple refred to it as 'spiritual death'.

To counter these social diseases, Hahn conceived a preventive cure called Erlebnistherapie (experience therapy) which offered listless and lawless adolescence the opportunity to discover healthy passions, like the zest for exploration and the love for art and music, that would absorb the child completely. Hahn's experiential education program consisted of four elements:(1) physical fitness - exercising the body and keeping free from cigarettes, alcohol, and drugs; (2) expedition - exploring the world by sea and land under difficult conditions, alone or in groups; (3) project work - planning and executing an enterprise in research, art, or construction; and, most important, and (4) social service - helping the injured, sick, old, and handicapped in hospitals, homes, and rescue services.
Posted by Sea Kayak Mark at 9:45 AM 3 comments:

This has become an invaluable service for mountaineers, off-piste and touring skiers 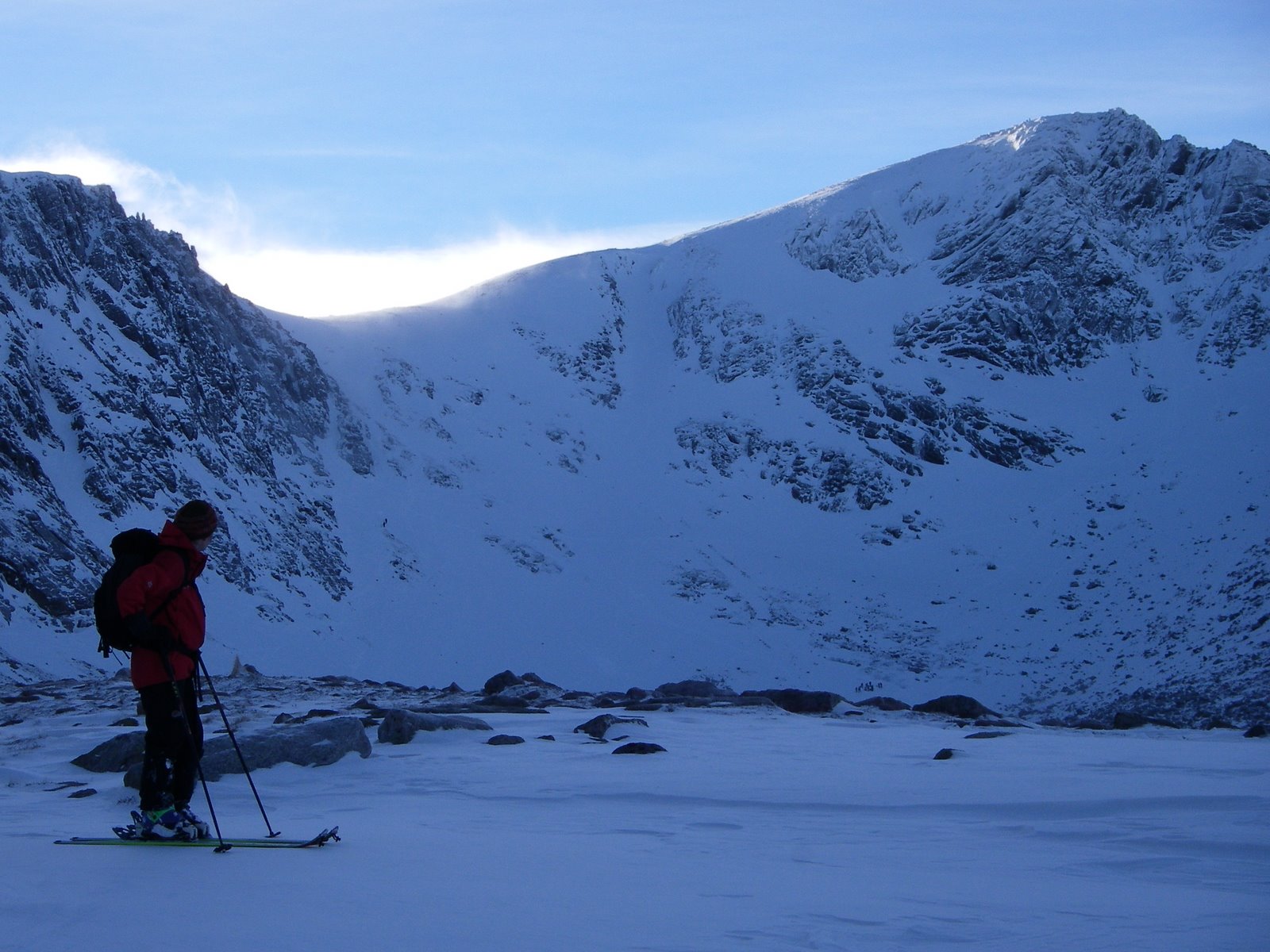 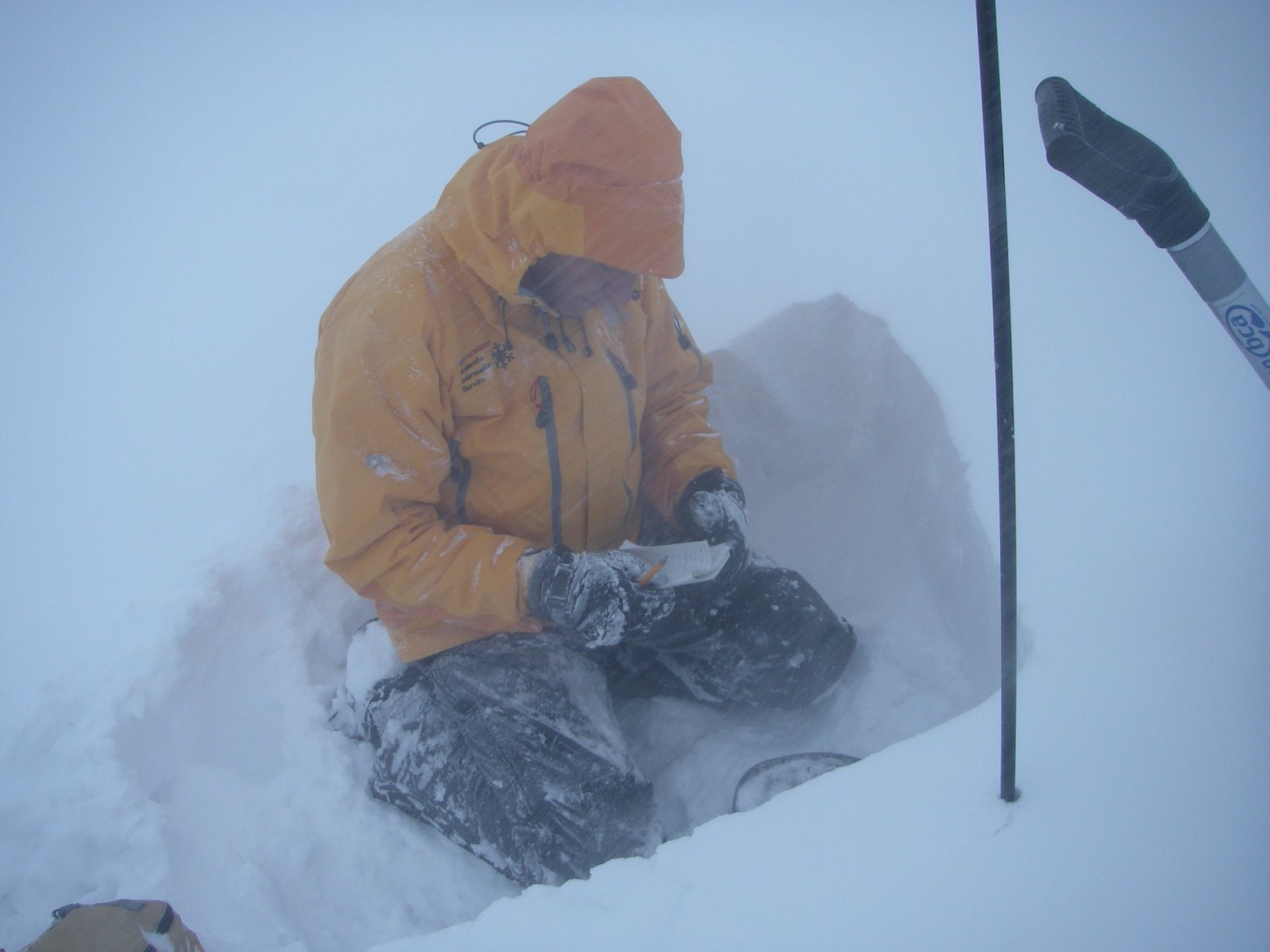 Fortunately, the website was continued and with the addition of South Cairngorms and Creag Meagaidh in winter 1996-97 and the re-naming of the Scottish Sports Council, the operation became the sportscotland Avalanche Information Service. This is the form in which the service continues today. The website has grown to become the main source of dissemination of the Snow and Avalanche Reports, with over 3,000 visits on a busy winter's day 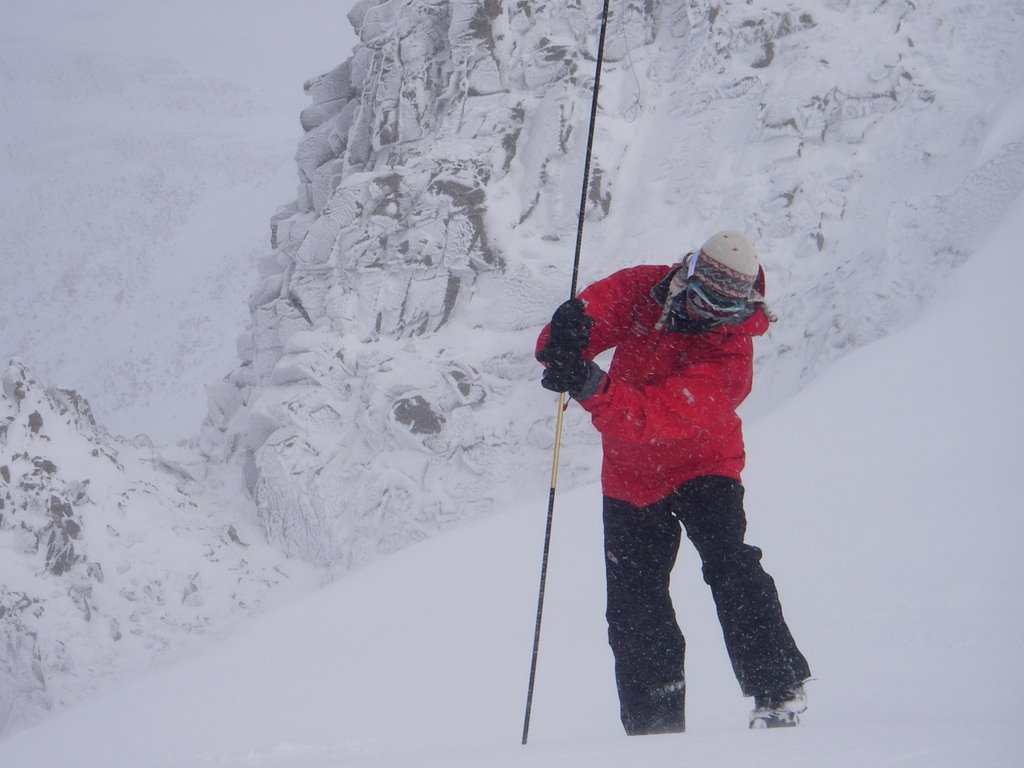 There are now blogs for the regions as well

Posted by Sea Kayak Mark at 2:03 PM No comments:

Get Ahead, Get A Canoe

Posted by Sea Kayak Mark at 8:40 AM No comments:

The Canadian Canoe or Open Canoe is the boat that gave its name to our entire sport, kayaking and all. It is immediately distinguishable from a kayak because it is paddled using a single blade. The canoe originated with the native tribes of and was traditionally made by building a cedar frame inside a birch bark skin. The original designs were used for a wide range of purposes. Trade canoes of between 25’ and 40’ negotiated the rivers and lakes of , opening and creating an entire country, other designs ranged from boats to harvest wild rice from through to fast and sleek war canoes. 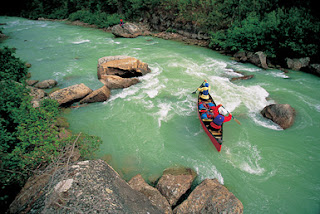 Nowadays, most canoes are made from plastic, fibreglass or aluminium. The canoe is particularly suited to exploring the inland waterways and estuaries of our country. One attraction of this form of canoeing is that the whole family can enjoy it. lncreasingly the canoe is being seen on the white water rivers, a return to its Canadian traditions.

Open canoes may be 'poled', sailed, 'lined and tracked' (using ropes) or even 'gunnel-bobbed' as a means of propulsion 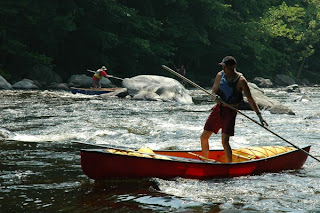 A leading exponant who played a significant role within this discipline was Bill Mason. He was an award-winning naturalist, author, artist, filmmaker, and conservationist. Mason was noted primarily for his popular books, films, and art on open boats. In his review of James Raffan's 1996 biography of Mason, Michael Peake refers to Mason as "the patron saint of canoeing."

Posted by Sea Kayak Mark at 5:20 AM No comments: 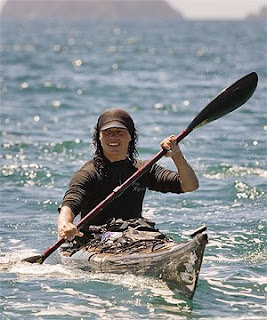 Freya Hoffmeister has become the first woman to paddle around New Zealand's South Island, setting a record time of 70 days for the 2,500 kilometre trip. Only four men have achieved the feat and Hoffmeister, who finished the circumnavigation at Okiwi Bay, near Nelson, on Wednesday, beat the previous record of New Zealander Paul Caffyn by six days, The Press newspaper of Christchurch reported.
She had paddled the final 169km through the night from Big River east of Kahurangi Point on the West Coast, taking 10-second power naps. She had planned to rest overnight at Farewell Spit but decided to keep going and with a tail wind reached Okiwi Bay at 3pm.

West Coaster Paul Caffyn, the first kayaker to circumnavigate the South Island, was there to hug Hoffmeister, who beat his record by six days. "It's an outstanding accomplishment," said Caffyn. "I don't think there is anybody with quite the same 100 per cent determination for achieving a trip like this. "You have to be so strong mentally as well as having the physical skills."

Christchurch kayaker Fiona Fraser said: "She is so brave and inspirational. She has battled huge seas, doing 60 or 70 kilometres some days."

Hoffmeister acknowledged it was a huge accomplishment. The worst moment was on the West Coast when the stern of her kayak broke in the morning and she lost her paddle in the evening. The most dangerous was battling 3m swells, with the crests breaking off Te Waewae Bay off Fiordland. "I was thinking if I capsized, `Who would rescue me?"' said Hoffmeister.

Her highlight was the last stretch. "It was lovely, there was bio-luminescence glowing in the water and dolphins swimming. It was magical," she said. "It is one of the hardest islands to paddle around -- there is rough swell and few sheltered places to land." 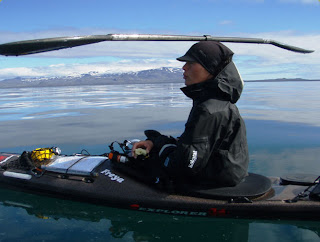 Posted by Sea Kayak Mark at 3:07 AM No comments: