This is a video clip of Dan Osman climbing 400 feet in 4 minutes, 25 seconds. An impressive achievement.
Posted by Sea Kayak Mark at 11:49 AM No comments: 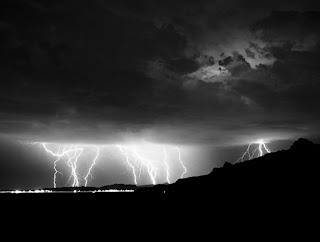 Conflict exists whenever incompatible activities occur (Deutsch, 1973). An activity that is incompatible with another is one that prevents, blocks, or interferes with the occurrence or effectiveness of the second activity. A conflict can be as small as a disagreement or as large as a war. It can originate in one person, between two or more people, or between two or more groups (Johnson & Johnson, 1995a). However, an individual can learn to deal with conflict through communication and negotiation so that it does not create further problems or issues.

Part of dealing with conflict is about understanding what people are thinking and feeling. You may not agree with them, but the first step is to try and understand. It is also important to clearly explain your views and feelings so they can understand you.

The turtle represents people who withdraw from conflict – they think it is easier to avoid the people and the situations that have caused the conflict. They usually do not address the problem and hope that it goes away.

The shark represents people who try to use their force to get what they want in conflict. All they care about is winning. They are very focused on their own needs and do not think about the other person.

The fox represents people who may give up some of their goal (compromise) in order to resolve the conflict. They are happy to meet half way and are focused on resolving the conflict quickly.

Owls are people to try to make sure that both people can meet their goals without compromise. They look for different options and are focused on a win-win outcome. They care about the other person's goals as much as their own.

You will find that you can relate to these different strategies for dealing with conflict in different situations. If you were involved in conflict with an aggressive person, it may be best to be the turtle and walk away – avoid the conflict. However, in most situations, it is important to aim for a win-win outcome – the owl. Both your goals and the other person's goals are important and through good communication you may reach an outcome that meets both your needs.
Conflicts have considerable value when they are managed constructively. The issue is not whether conflicts occur, but rather how they are managed. Desirable outcomes of constructively managed conflict include (Deutsch, 1973; Johnson, 1970; Johnson & F. Johnson, 1994; Johnson & Johnson, 1995a): Greater quantity and quality of achievement, complex reasoning, and creative problem solving; higher quality decision making; healthier cognitive, social, and psychological development by being better able to deal with stress and cope with unforeseen adversities; increased motivation and energy to take action; higher quality relationships with friends, co-workers, and family members; a greater sense of caring, commitment, joint identity, and cohesiveness with an emphasis on increased liking, respect, and trust; heightened awareness that a problem exists that needs to be solved; and an increased incentive to change.

Posted by Sea Kayak Mark at 7:13 AM No comments: 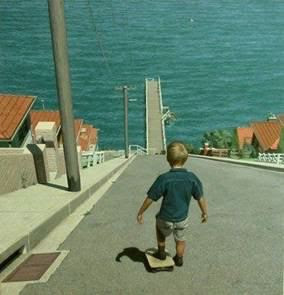 Challenge |ˈ ch alənj| - A test of one's abilities or resources in a demanding but stimulating undertaking
Life becomes real only when we begin to face and solve our own problems. Until then we only swim in circles in a large fantasy world which tends to make us very tired of living. 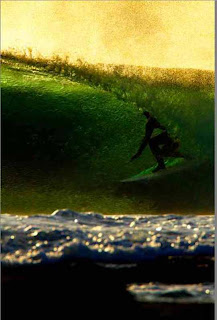 Clocks, calendars, schedules, meetings, phone calls, emails, snail mail, that very important lunch, the cr@p on TV, cable, five hundred channels of whatever, trips to the mall, the bar, the supermarket, that place, the other, the one where they sell stuff, thingamabobs and other detritus. Or not. There's always a choice, sometimes it's just hard to remember that.

- Steven Kotler -
Scottish rites in the jade temple. Klaus Howse ensconced in the north.
Posted by Sea Kayak Mark at 5:08 AM No comments: 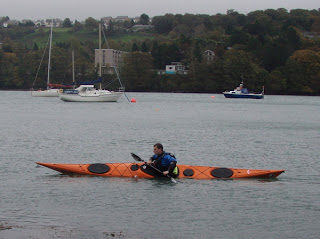 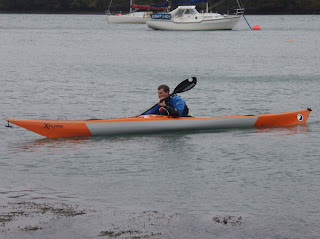 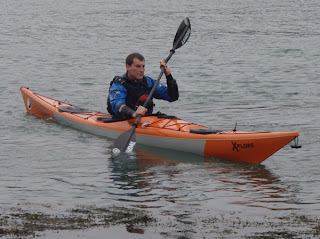 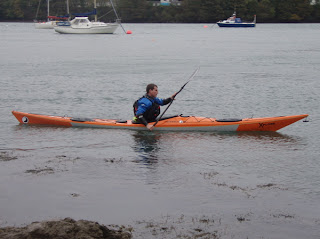 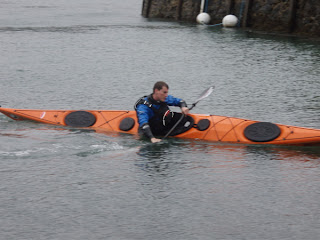 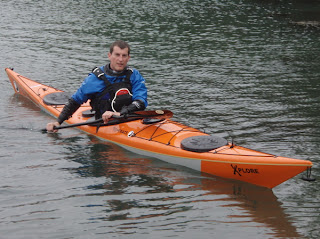 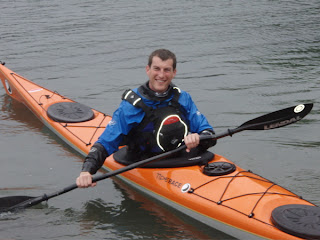 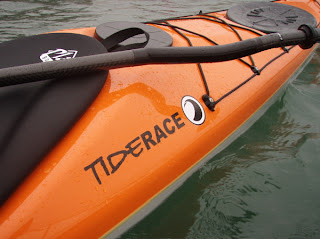 You can learn more about the boats at the TideRace Sea Kayaks homepage
Posted by Sea Kayak Mark at 12:51 AM No comments: 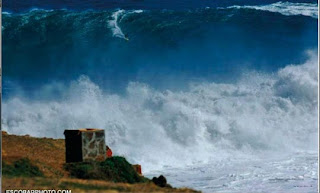 When I lived in Japan, I studied many spiritual practices - Zazen, Aikido, Kendo, reciting Okyo or the Lotus Sutra, and chanting sutras under a cold waterfall. Each brought a kind of meditative calm, but I realized, as the Obo-san explained about the dynamics of waterfall meditation, the infusion of Ki energy from the cascading water and the benefits of the negative ions, that we, as surfers, already participate in this form of meditation. It's all in one's attitude. Our experience, as surfers, provides all the challenges to our character that the powerful sea has to offer, but the well of healing is just as deep.
- Mark Gray -

Waves like the foothills of the Andes - size and thunder in the afternoon. The biggest day of the year in Punta de Lobos. Ramon Navarro on the wave, Cristian Merelo on the ski - just two surfers out and 100 surfers on land

Posted by Sea Kayak Mark at 7:53 AM No comments:

... of how you dispose of equipment!

A ship's distress signal has been traced to a mountain of scrapped fridges and TVs in Belfast.

A team from broadcasting regulator Ofcom found the beacon after the mayday was picked up by Civil Aviation Authority Receivers on the Isle of Man.

Normally a rescue helicopter is scrambled when a distress signal is picked up, but RAF Kinloss could tell the signal was on dry land.

The beacon activated after it had been dismantled from a vessel.

It was tracked by satellite from a scrap-metal yard in north Belfast last week as it was moved by lorry to one in Queen's Island in the docks area.

The beacon was found in the middle of a 20ft pile of old electrical equipment.

Philip Morgan, Spectrum Manager for Ofcom Northern Ireland, said the device had to be found and turned off because it interferes with the CAA's radio system.

"It was a bit like looking for a needle in a haystack, but using our radio tracking equipment, and with the help of the scrapyard's crane, we were able to find the beacon very quickly and disable it - within a couple of hours of it going off."

Ofcom Northern Ireland investigates about half a dozen cases every year of distress beacons from ships or planes being activated accidentally.

Mr Morgan said the devices, which can go on for a considerable length of time, had to be disposed of responsibly.

"Otherwise they can cause a false-alarm which wastes the rescue services' time and could divert them from a genuine emergency," he said.

Ofcom is responsible for monitoring all radio broadcasts and for investigating cases of interference.

Article by By Arthur Strain, BBC News
Posted by Sea Kayak Mark at 11:32 AM 1 comment: 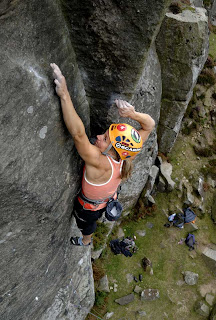 Climber: Lucy Creamer
Adventure isn't hanging on a rope off the side of a mountain.
Adventure is an attitude that we must apply to the day to day obstacles of life, facing new challenges, seizing new opportunities,
testing our resources against the unknown and in the process,
discovering our own unique potential.
- John Amatt -
Posted by Sea Kayak Mark at 12:02 PM No comments: