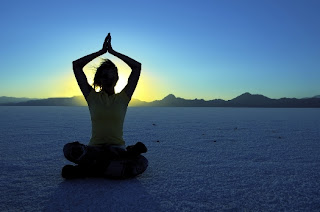 Danah Zohar and Ian Marshall, in their co-authored book Spiritual Intelligence - The Ultimate Intelligence [2001], suggests that empirical evidence is available for the existence of spiritual intelligence and for the existence of a "God spot" in the brain. This not about proving the existence of God but rather of a distinct type of intelligence within the human brain, alongside cognitive intelligence and emotional intelligence.
Danah Zohar sees SQ as the intelligence that unifies experience, seeks meaning and drives us towards transcending and transforming our current reality. In other words, it is SQ that pushes us towards creativity. Therefore, according to Zohar, creativity is fundamentally a part of every human being. Much of her research incorporates reports gleaned from the reflections of acknowledged creators - artists, composers, sculptors, discoverers, scientists - who speak of the moment of creation as being akin to a spiritual experience. 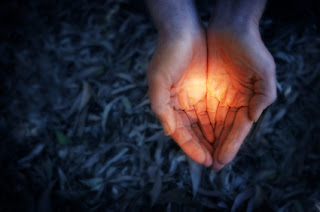 Zohar distinguishes between the three types of intelligence thus:
IQ: cognitive intelligence is generally acknowledged by academia and education. It is essentially serial in nature, being logical and deductive; it is goal-oriented in nature, accurate, precise and reliable.
EQ: emotional intelligence, identified by Daniel Goleman [1996], and recognised as associative in nature. It makes links between emotions, between emotions and bodily feelings and enables us to recognise patterns like faces or smells, as well as to learn skills and to interact with others in social contexts. It is influenced by experience by virtue of being pattern-related. It becomes tacit learning, in that the experience, through practice, becomes part of the person.
SQ: according to Zohar spiritual intelligence is meaning-giving, contextualising and transformative. Understanding is essentially holistic and is linked to this unitive thinking. From here it is possible to rethink, to recontextualise and to create. Zohar sets out a number of dimensions:
1. Self-Awareness: you know who you really are and you know that you are connected to the whole universe.

2. Vision & Values Led: or Idealism. Children naturally want to serve, and so do we. Being vision and values led is definitive of our humanity.

3. The Capacity to Face and Use Adversity: owning our mistakes and adversity to learn

4. To be Holistic: seeing the connections between things. Being open to and interested in everything.

5. Diversity: thriving in and celebrating diversity. I look at you and see what is different in you and I say "Thank you for that!"

6. Field Independence: a term from psychology that means the courage not to bend to external forces but to remain independent.

7. The Tendency to Ask Why?: Questions are infinite. In Quantum Physics questions create reality.

8. The Ability to Re-Frame: putting things into a wider meaning.

9. Spontaneity: this is not about acting on a whim…it comes from the same Latin roots as response and responsibility. It is appropriately "responsive to" the world. 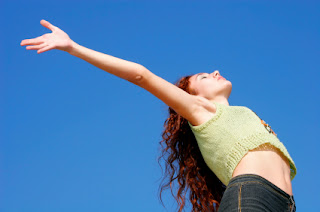 What does this add to our understanding of ourselves, our creativity and others? Just this: spiritual intelligence as the basis for all creativity - however great or small - means that the creative process is neither accidental nor trivial. Thus creativity is fundamental to the nature of human beings. It can be linked to our search for higher meaning. If high-level creativity is situated at the edge between order and chaos then perhaps we need a higher level of intelligence, that of spiritual intelligence, to help us navigate through the process.
Thus, far from being at the margins of our lives, creativity is central to who and what we are - and we need to be aware of this in our work, our play, our relationships and our development of self. 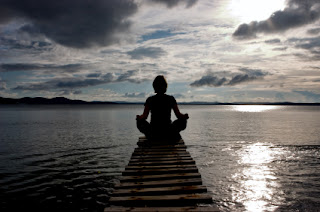 If all of this now seems a little too beyond the pale, it is worth remembering that Maslow's concept of self-actualisation suggests something very similar, though without the scientific framework offered by Zohar and Marshall. Jung's ideas of consciousness resonate with a similar idea to the concept of transformative thinking and transcendence.

The potential importance of this concept for the workplace lies in the emphasis that an organisation might place on values, principles and ethics.  At a leadership level, the implications are interesting. If a high IQ does not guarantee a good leader and high EQ has been correlated with success. What then if SQ is added to the melting pot. A practitioner may wish to consider taking a deeper approach to knowing themselves by accounting of their values and a sense of spirituality. However, the application of SQ in a leadership setting has yet to be fully tested and as such should is still very much open to debate and discussion. 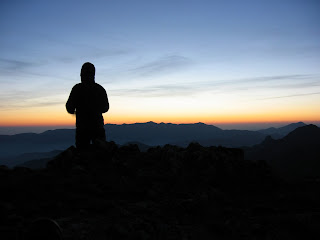 The dimensions of SQ from the book Mark reviews sum up the modern leader, who is not so much a boss but a multi-faceted mentor. This is someone you follow because you admire this person; you wish to become more like him because you sense the light of his wisdom, acceptance, patience and kindness.

Is this teachable? Who knows? Do we recognize a person with high SQ when we meet him? Absolutely. Such a person makes us feel elevated, inspired, and gives us the courage to reach higher and do more with our lives.

One day science, neuroscience and spirituality will find common ground. We nudge a little closer every day with insightful and courageous practitioners.