The Art of Followership

Followership theory is an area that has seen minimal treatment in the academic literature and is an under-appreciated topic amongst leadership practitioners. Although it has received attention in the past (e.g. Chalef, 2003; Kelley, 1992), the study of followership is emerging once more as a critical notion for consideration with the advent of the information age and dramatic changes in organisational settings (Kellerman, 2008). 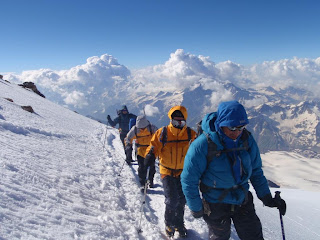 The idea that leadership is a relationship based on mutual exchange between leaders and followers is not new. Edwin Hollander (1958) suggested that leadership is a two-way influence and social exchange between leaders and followers. Building on these ideas, Robert Greenleaf (1977) went on to encapsulate the leader’s obligation to any followership with the idea that leaders should strive to be ‘servants’. In return, followers ideally provide leaders with a wide variety of positives including focus and self-direction, gratitude and loyalty, commitment and effort, as well as cooperation and sacrifice. 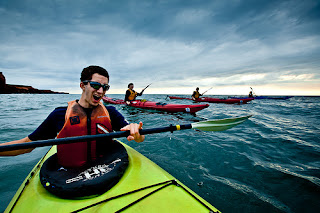 Reflecting this reciprocal approach, Messick (2005) describes leadership as a mutually beneficial predicated exchange in which leaders ideally strive to provide their followers with an equally varied subset of paybacks, including vision and direction, protection and security, achievement and effectiveness, as well as inclusion and belongingness. In similar fashion, Hollander (2008) also promotes a process of active followership, emphasising follower needs and expectations, with the guiding principle of "doing things with people, not to people”. Of course, it is rare that all of these factors are either met or even required by both leaders and followers. Nevertheless, some particular subset of these ‘rewards’ would usually be apparent in any leader-follower relationship, with the exact combination varying according to some combination of both participant characteristics and the environmental/goal context 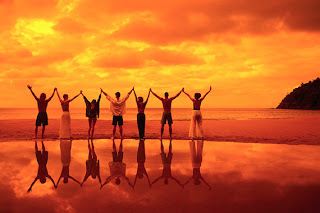 As long as there have been leaders, there have been followers, and leaders cannot accomplish what they do without followers (Kelley, 1992). Newell (2002) suggested that a growing trend in leadership is to inspire followership, and to this end, coaching and mentoring outdoor practitioners to transform participants into good followers should be considered an essential skill in today’s environment. Outdoor leaders must actively contribute to the forming of good leader-follower relationships (Vince, 2002) if they are to benefit from the leader-member exchange and promote the sharing of group goals personal beliefs and values consistent with the axioms that exist in the outdoors. Finally, Banutu-Gomez’s (2004) contention that leaders must teach their followers to be good followers requires the development of concepts consistent with leader-follower exchanges that place leadership in the hands of the followers. 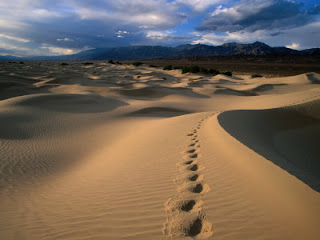 This is very interesting article on Followership, there is a group on Linkedin on Followership and if any one is interested in being part of the existing discussions there please join us

This article was thought-provoking in that most kayak classes in my country promote independence in each kayaker rather than promoting followership. We are taught how to self-rescue, as well as schemes for helping others if in a group. We learn to take care of each other in a kind of fellowship of kayakers, rather than a followership. Leadership is only necessary in a crisis, and often falls on the spot to the person who has the most experience, or is the most physically able to assist at the moment.

Guidebooks and adventure web sites also promote and help enable the independent adventurer. Generally in hiring a "guide," this guide is not seen as a leader so much as a person who helps enrich the experience and provide pointers and direction in order for the group to move forward comfortably. Although that might sound like a leader-follower relationship, the participants who hire the guide still drive the journey as they make the choices often in how long and which direction they wish to go. In a way this could be your point about a leader being a "servant" of sorts, but in this case the participants feel in charge of their experience rather than "followers."

I wonder if the leadership-followership paradigm is becoming outdated except for most dangerous and risky expeditions requiring very high skill levels and formal structure. If people are attempting an experience which is above their skill level or comfort level in an environment, they would more likely be willing to be a "follower," like tourists in a foreign country who are unable to read or understand the local language.

Therefore I wonder if the modern paradigm of leadership would need to address the modern adventurer's quest for independence, rather than promoting followership. And perhaps this is cultural, in that adventurers in UK are more likely to be accepting of followership for social reasons, whereas adventurers in other countries might chafe at such a structure. Let the discussion continue.. quite interesting.