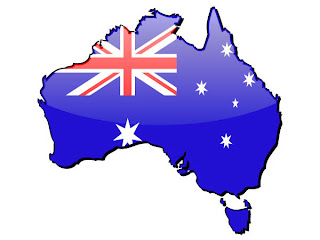 In 1983 Paul Caffyn made paddling history as the first sea kayaker to circumnavigate the 16,000 km circumference of the Australia continent. Since then, only one other expedition, by Freya Hoffmeister in 2010, has repeated this accomplishment. Kokatat, the 39 year-old independent paddlewear company, is proud to sponsor sea kayaker, Stuart Trueman and his 16-month goal to successfully circumnavigate Australia.

Trueman departed from Broome, located on the Northwest coast of Australia, in April 2010 and is scheduled to return to Broome in July 2011. Trueman has extensive experience with years of sea kayaking, mountaineering and outdoor adventure to draw on including having kayaked across Bass Strait by three different routes and he was one of a three man team to have paddled 800km of the Antartic Peninsula. He has also worked as a guide and instructor for the NSW Sea Kayak Club. 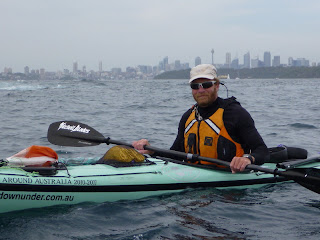 “It’s taken three years of preparation to be able to get to Broome to start my trip”, says Trueman. “There are many problems beyond the actual paddling side that have to be addressed which if ignored can be just as much of an obstacle as a 200km set of cliffs.” 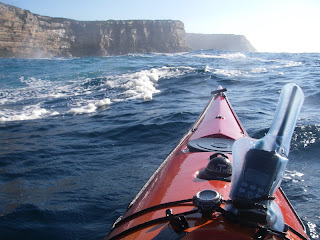 For the past 39 years, Kokatat has built a reputation as a friendly company of paddling enthusiasts, dedicated to creating innovative paddlewear and accessories. Kokatat is a highly trusted brand known for its independence, high level of quality in addition to an extremely well respected, service-driven business model. Kokatat is an incredibly strong brand and is known for authenticity and launching game changing paddling products.
As always, Kokatat continues to support experienced paddlers attempting first descents and expeditions. The company proudly provides the athletes with the best paddling gear in the whitewater industry.
Please visit www.kokatat.com and follow Kokatat on Twitter “@kokatat” or via the blog
Posted by Sea Kayak Mark at 8:36 AM

It's very inspiring to read about these grand and challenging expeditions. We can all set little challenges for ourselves, in the spirit of adventure and discovery. It all starts with the spark of an idea, which spreads to the heart and soul. We are all capable of much more than we dare to believe.