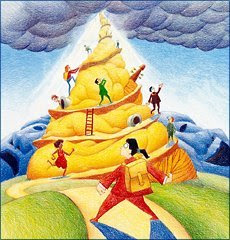 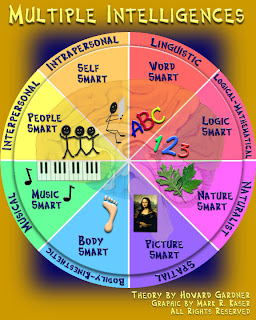 The practical application of the theory of MI varies widely. It runs the gamut from a coach who, when confronted with a performer having difficulties, uses a different approach to teach a technique or skill, to an entire establishment using MI as a framework. In general, those who subscribe to the theory strive to provide opportunities for their students to use and develop all the different intelligences, not just the few at which they naturally excel.
As one would expect from a theory that attempts to redefine intelligence, one of the major criticisms of the theory is that it is ad hoc and the lack of emperical evidence that it is grounded upon. The criticism is that Gardner is not expanding the definition of the word "intelligence"; rather, he denies the existence of intelligence, as is traditionally understood, and instead uses the word "intelligence" whenever other people have traditionally used words like 'ability. This practice has been criticised by Robert J. Sternberg (1983, 1991), Eysenck (1994), and Scarr (1985).

Inevitably, comparisons are made with other theories that provide explanations of how people learn and parallels are drawn most closely with that of NLP Learning Modalities. In fact, the Visual-Auditory-Kinesthetic learning styles model does not overlay Gardner's multiple intelligences rather the VAK model provides a different perspective for understanding and explaining a person's preferred or dominant thinking and learning styles. Essentially, Gardner's theory is one way of looking at learning and VAK is another.
MI theory and NLP Learning Modalities are concepts that offer relatively simple and accessible methods to understand and explain people's preferred ways to learn and develop. Critics have written that the use of such models and tests is wrong because it can 'pigeon-hole' people, and ignores the point that we are all a mixture of styles and preferences, and not just one single type, which is of course true. Remember that over-reliance on, or extreme interpretation of, any methodology or tool can be counter-productive. However, the more perspectives you gain, the better equipped you are in understanding the world along with the performers and learners you interact with.
Posted by Sea Kayak Mark at 10:04 AM

Hi Mark,
You have provided a wonderful summary of both MI and Learning Styles. I see you're quite the "naturalist" yourself. I too love to kayak on my days off (weather permitting). Also, I love the Kaser circle graphic of the intelligences. Where did you find it? I wish you continued health and longevity so that you may always enjoy the outdoors.
jcp

Many thanks for your feedback

Its perhaps not the normal thing to put in a blog but I hope it helps separate out a number of theories that often get heaped together, particularly in coach training

Enjoy your time on the water :0)