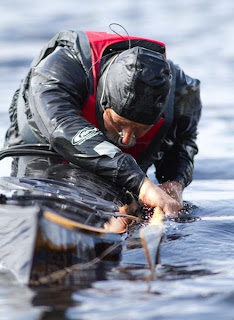 The ability to roll one's kayak is probably the single most effective rescue technique there is in the event of a capsize at sea. By learning and practicing a wide variety of rolling progressions, a paddler's confidence, safety and thus enjoyment of being on the ocean can improve immensely. One of the key principles to bear in mind is that it is the body, rather than the boat or blade, which controls the roll. However, having an appreciation of how rolling has evolved is of value too. 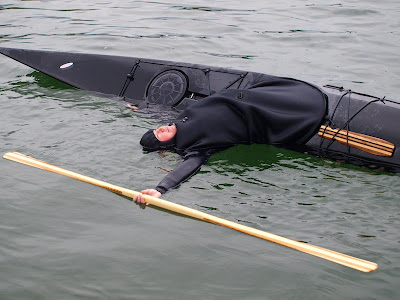 When time is taken to study historical records and well documented text such as Eastern Arctic Kayaks: History, Design, Technique by John Heath and Eugene Arima (2004) or Kayaks of Greenland by Harvey Golden (2006), it is possible to relate to and gain insights about how the rolling skills we teach and utilise today owe so much to our paddling ancestors from the Arctic regions, with Greenland being of particular importance. So regardless of which school of thought you follow in terms of learning how to roll, its worth taking the time to appreciate the heritage behind it. 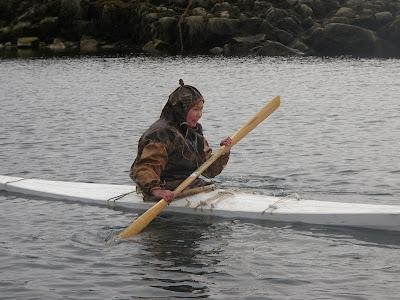 The Inuit have used 'qajaqs' as a means of hunting and fishing for centuries. Tradition being that a qajaq would be made of seal skin stretched over a wooden frame. These qajaqs tended to be extremely buoyant as well easy to self-right in the event of turning completely over. Rolling a qajaq was considered an essential self-rescue skill that was learned and practiced on a regular basis. As a consequence, various rolls were developed to handle any and all situations that might arise. This included being entangled in fishing lines, losing a paddle and perhaps needing to roll using the available hunting equipment. 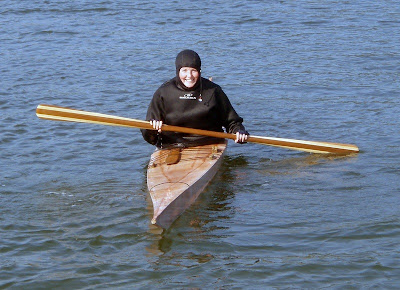 David Crantz, writing his book History of Greenland in 1767, describes a number of methods by which an Inuit righted his craft, including full and half-paddle rolls, and rolls using the harpoon or hands. And not only were these skills observed by explorers and visitors but practiced also. Records show that the first non-Inuit known to have learned to roll was the Austrian, Edi Pawlata, who taught himself in 1927 after reading accounts by the explorers Nansen and Jophansen. An English explorer, Gino Watkins, learned directly from the Inuit in 1930, though unfortunately he disappeared on a trip to the Arctic soon afterwards. 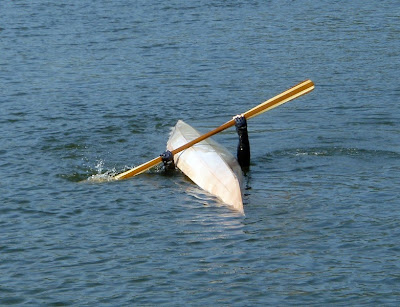 Ironically, as rolling became popularised within a number of recreational paddling disciplines across Europe and America at the start of the 20th century, kayaking itself was loosing its value amongst the Greenlandic people as power boats became the chosen vessel to hunt from. This decline in use of the qajaq meant a whole generation was growing up with almost no knowledge of the craft or the associated skills and concern grew that the history and culture associated with the qajaq could be lost forever. So it was, in 1984, the Greenlanders started kayaking clubs across several regions and Qaannat Kattuffiat, the Greenland Kayaking Association became established. 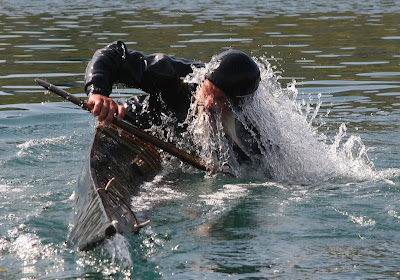 The Greenland Kayaking Association is dedicated to keeping the traditional kayaking skills alive. This includes rolling, paddling techniques, kayak building, tuilik making and other aspects of the Greenland kayaking culture. Qaannat Kattuffiat holds regular training camps where this knowledge is taught and practiced, and organises an annual championship. Today there are approximately 25 local Greenland "qajaq" clubs affiliated with Qaannat Kattuffiat. There is also a chapter in Copenhagen (Qajaq Copenhagen) and the United States (Qajaq USA). The word "qaannat" is the plural of qajaq (kayaks) and Kattuffiat means "club or organization". Therefore the term Qaannat Kattuffiat literally means the kayaks' club. 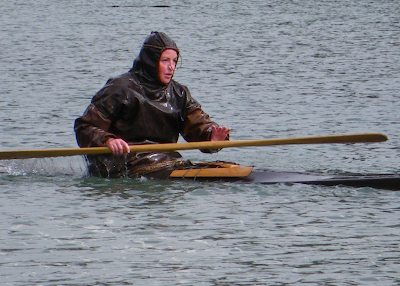 The Greenland National Kayaking Championship takes place over the course of a week with all ages from children to the elderly competing. The event include racing, harpoon throwing, rolling and rope gymnastics. The purpose of these competitions is to keep tradition alive, and to teach the skills that the Greenlanders have used for so many years. Perhaps the discipline that draws the most attention is the rolling of which there are 35 listed techniques of increasing difficulty and hence points awarded. You can read more about each manoeuvre and the competition rules on the Qajaq USA website. 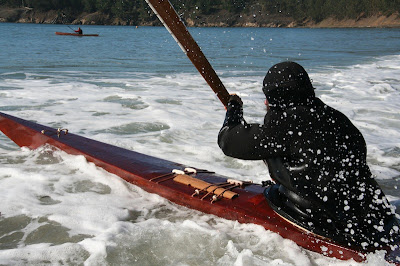 So whether you prefer the quick and forceful recovery of the C-to-C roll or choose to practice rolling techniques that rely more on flexibility and finesse, try to remember that both were born out of sea kayaking imperatives where reliability of technique for survival was paramount. For the Inuit hunters whose lives depended on their kayaking skills wet exits were just not an option in the frigid arctic waters. By way of contrast, modern day kayakers roll as much for the sheer pleasure of mastering an array of techniques as they do out of necessity to prevent an inglorious swim. However you chose to do it, take care and enjoy. 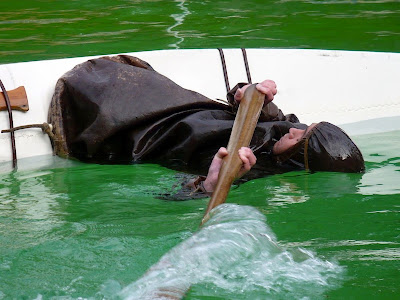