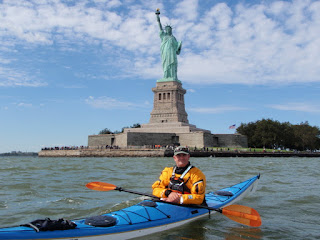 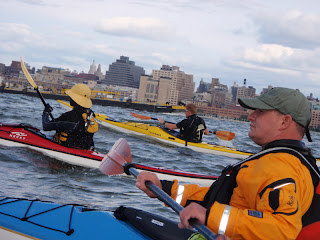 On a recent visit to the United States, I had the opportunity to catch up with my good friends Warren Parker and Taino Almestica. Whilst it is always a great pleasure to see my paddling buddies from across the pond, this occasion was particularly special as the guys had been busy organising their first ever sea kayak symposium, and it meant I had the chance to lend a hand. 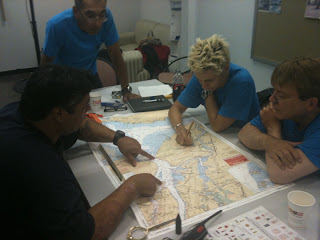 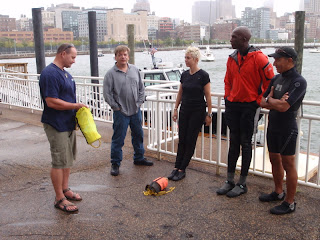 Having participated in and been guest coaches for previous UK Storm Gathering events on Mull and Anglesey, Warren and Taino had gone away feeling suitably inspired to create their own unique experience for paddlers in New York City, naming it Storm Gathering USA - The Urban Paddlers Symposium. Putting together an event of this nature is never without issues, yet with time and effort they had managed to bring all the right elements together to create something worthwhile for those who signed up to take part. 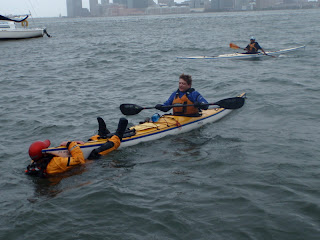 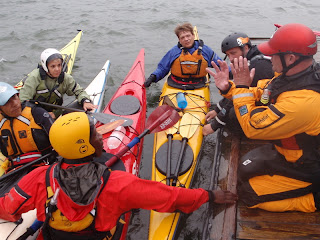 The workshops and locations chosen provided a suitable blend for those 'urban paddlers' that attended, who in this instance were mainly members of the New York Kayak Club though other interested parties showed up including one keen lady from Ohio. There was a balance between classroom activities and on the water seminars. The weather played its part in providing strong winds and rain, making the Hudson very atmospheric at times and as well offering up at least one sunny day at Manhattan Beach. 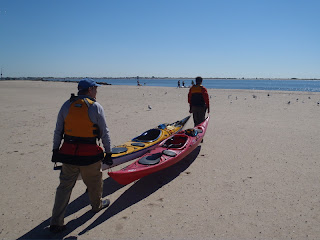 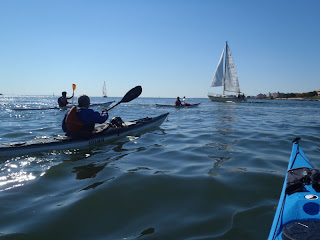 So there was coastal navigation, incident management, 3* training and assessment as well as rough water handling at Breezy Point. There was plenty of interaction between coaches and participants, which all went some way to enlightening each other about the concept of urban paddling as well as demonstrating there are further horizons to explore as well. I must admit the Hudson and its environs makes for a very special paddling experience as well as creating some unique conditions for sea kayakers. Its quite something for a 3* assessment to occur under the watchful gaze of Lady Liberty. 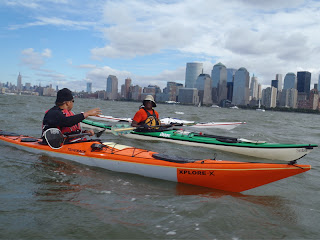 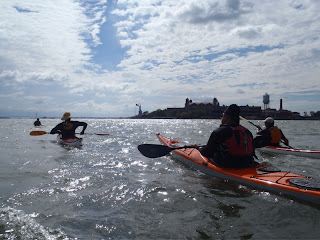 The event was hosted by Randall Henriksen who is proprietor of the New York Kayak Company which is located at Pier 40, just off West Side Highway. I had the privilege and pleasure to be a guest coach for Randy in the summer of 2003, so it was nice to catch up with him also and see how business was going. One major development is that NYKC is now the North American dealer and Northeast distributor for Tiderace Sea Kayaks. Along with this, Randy's store holds probably the most complete collection of Kokatat products anywhere I know, and he assures me shipping overseas is not a problem. 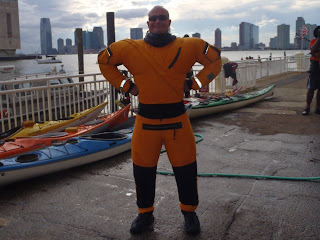 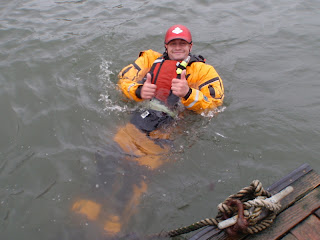 So a big well done to Warren and Taino for getting their first Storm Gathering USA off the ground and on to the water. I look forward to future developments. In the meantime, I also want to say a big thank for involving me and for the cold beers and laughter.
More pictures can be found here :o)
Posted by Sea Kayak Mark at 8:06 AM