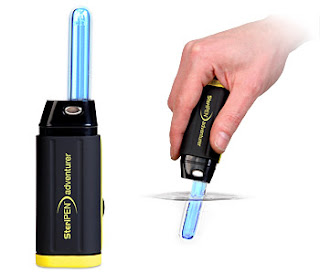 Testing shows that SteriPEN meets the standard as set forth in the U.S. EPA Guide Standard and Protocol for Testing Microbiological Water Purifiers.
Posted by Sea Kayak Mark at 8:12 AM