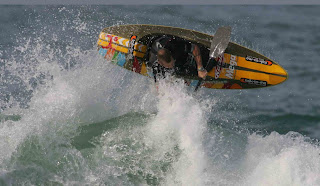 A critical element of learning is varying the way in which something is practiced (eg Runesson, 2006; Timms, 2006). After initial episodes, tests might show learners who have only rehearsed a task one way outperform those who have had higher levels of variation in the practice. In later tests, however, there is often no difference between the performance of high and low variation groups (Magill, 2006; Jarus, 1994). More importantly though, when trying a new variation that neither group has practiced, high variation groups always outperform low variation groups (Fazey & Fazey, 1989). Those who have experienced variation during practice are more likely to develop adaptive expertise. An illustrative example here could be of learning to navigate in only one mountain region as opposed to many areas. We can expect that the leader who has experienced greater variation of navigating is more likely to adapt to the challenges of navigating in a new location.
To develop adaptability several aspects of practice that can be varied including; (1) the intended outcome; (2) the criteria by which the outcome is judged; (3) the way a task is carried out or experienced; (4) the reason for which the learning or creative task is undertaken; and (5) the perspective a person can take (e.g. van Merrienboer, de Croock & Jelsma, 1997; Pramling, 1990; Timms, 2006). These dimensions of variation are not mutually exclusive and interact in complex ways. Introducing variation in only one or two of these dimensions may therefore be sufficient to induce more effective learning (Marton & Booth, 1997; Runesson, 2006, Tozer et al., 2007).
Introducing variation can also help break what the philosopher Edmund Husserl termed ‘natural attitude’, our habitual assumption that what we experience is reality, rather than the attitude that it is reality experienced in a particular way (Fazey & Marton, 2002). Variation helps to demonstrate that what we experience is not the same reality that others experience (Runesson, 2006). Trying to look at a problem from different perspectives is therefore possibly one of the most crucial elements of variation that needs to be practiced (Marton & Wenestam, 1988). Performers will not only be better learners if they are open to how and if an experience changes their current understanding (e.g. Jarvis 1987; 1995), but also if they are open to how others perceive the same experience (Saljo, 1979; 1991a).
Posted by Sea Kayak Mark at 8:03 AM