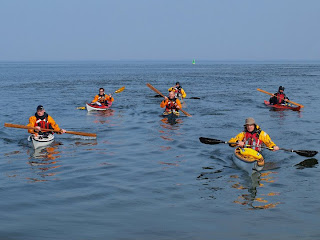 Whilst I've been active over the winter months with various personal paddling adventures, running bespoke coaching sessions for a number of established clients and providing BCU Level 5 mentoring time for Phil Clegg, who I am proud to say was successful in gaining the award a few weeks ago, things have somewhat quiet on the assessment front so far in 2011 after what was a busy autumn delivering a several BCU 4* and Level 3 Coach courses. However, momentum has picked up once more starting with a trip out to Denmark last weekend and with several more assessments set in the calendar for the remainder of the year. 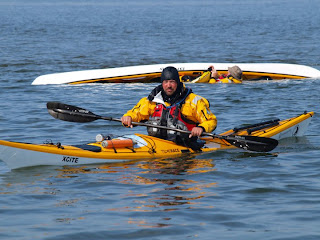 So at the request of Nick Cunliffe of Kayak Essentials with whom I have work alongside on several BCU courses in the past, and organised by Michael Schuh of Kayak Gaarden, I travelled out to Rømø in the central Jutland region to staff a BCU 4* Sea assessment. As a consequence, I had the pleasure of being out in a new paddling area in the company of Michael, Rene, Michael, Jens-Pavia, Morten and Ingolf along with Nick as course provider. 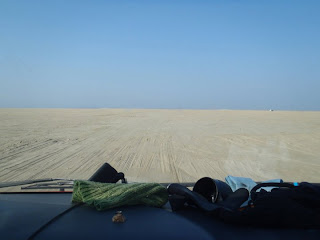 Day one had us launching from the beach at Sønderby, which involved what has to be the longest carry to the shoreline I have had to do for some time! Once on the water, the team were put through their paces taking on several leadership and navigation legs followed by a number of incident management scenarios. An novel element to the day was the 3 km crossing between Rømø and the island of Syllt, which lies in German jurisdiction. The waters between the two islands offered up some interesting tidal flow for us to play around in as well. 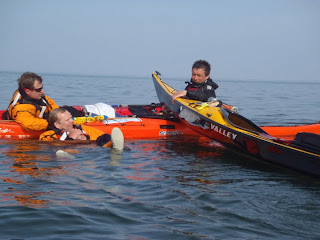 Havenby harbour was the setting for the second day of the assessment and the weather provided us with  suitable wind conditions to further test the paddling performance of candidates. It was clear that each  one of the team was competent and capable, regardless of whether they used a Greenland 'stick' or Euro 'blade'. Nick and I decided to conclude the course with a group incident to deal with, which they completed well with a coordinated effort and good humour. 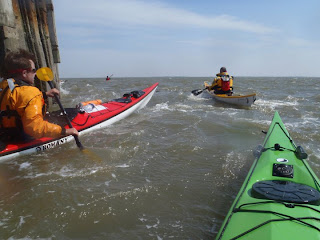 Its always a good moment at the end of an assessment to announce to everyone that they have been successful bar none. Then, after big handshakes all round and individual feedback dispensed, Michael kindly took Nick and myself back to Billund airport, a journey filled with stories, sight seeing and plan making. I would like to thank Michael also for ensuring I got to paddle an Tiderace Xcite for the two days as well as use of his Mitchell Atlantis paddles and Greenland stick. 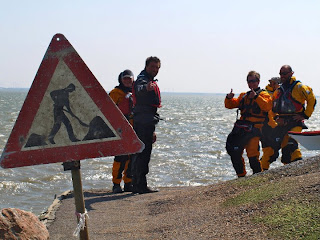 Get in touch if you are interested in completing a BCU assessment course or just wish to look at your skills development in a boat. 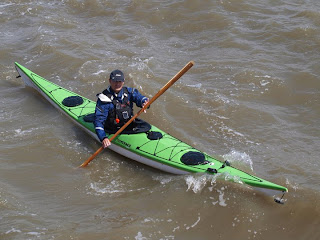