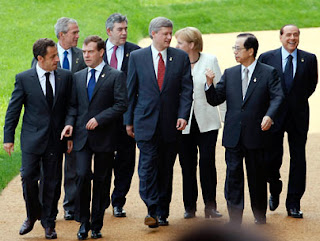 Emotional Intelligence (EI) has become an intellectual antidote to how today's leaders might meet the significant challenges they face. According to Childs (2004) EI does not fit the classic historical models of leadership. The latter are usually associated with great figures of military history and conjure up charismatic and sometimes despotic images. However, people often use the same language for leadership today - bold, brave and tough with a strong sense of purpose and resolve. It could be argued that EI can help leaders in an evermore difficult roles, one that fewer and fewer people seem capable of fulfilling.
Daniel Goleman and his colleagues (2003) identify four emotional intelligence 'domains' which bridge they consider 18 leadership 'competencies'.
Self Awareness includes the competencies of emotional self-awareness, accurate self-assessment, and self-confidence.
Self-Management includes the competencies of emotional self-control, transparency, adaptability, achievement, initiative, and optimism.
Mastery of domains one and two, which Goleman, Boyatzis and McKee (2003) describe as personal competence, depends heavily upon listening to one's self, becoming aware of one's emotional state, values, standards, and impact upon others. Self-examination and gathering feedback about oneself through coaching and 360 reviews assist with the development of personal competence. 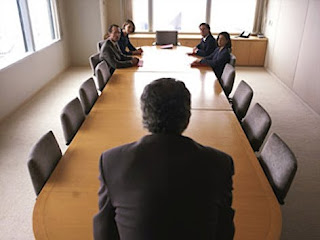 Social Awareness includes empathy, organisational awareness, and service.
Relationship Management includes inspirational leadership, influence, developing others, being a catalyst for change, conflict management, and teamwork/collaboration.
Mastery of domains three and four, which Goleman, Boyatzis and McKee (2003) describe as social competence, flows from empathic listening and resonating to others' thinking to develop one's thoughts and actions, which enables a leader to provide both unified and individual senses of direction for his or her group. 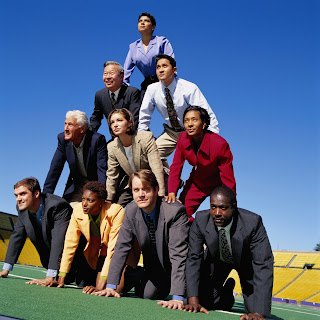 Finally, the authors set forth a five-step process for learning better leadership skills. These steps also focus primarily on listening skills, once again requiring both listening to oneself and to others (including through self-awareness, empathic listening, 360 feedback, and coaching).
Step one is identifying one's ideal self, which is to say, uncovering and listening to one's core values and beliefs to draw a picture of the person one aspires to be. What's important to me? What am I passionate about? What does my "gut" say to me?
Step two is identifying the real self, which is to say, discovering how one appears to others, regardless of how one sees one's self. (For the uninitiated: people who have tried this sometimes find the two views startlingly different.) This is done by listening to one's self (self awareness) and others (empathy) to gauge the effect one is having, as well as through coaching and 360 feedback from peers, subordinates, supervisors, customers, and others.
Comparing one's ideal self to one's real self is a powerful tool because it helps identify strengths (where one is as capable in areas as one expected to be) and gaps (where one isn't as effective as one desires to be). For example, a leader might think that he is strong in both listening and in follow-through, while the people the leader works with might find him strong in listening but desire improvement in his follow-through.
Step three is to make a plan to build on strengths and reduce gaps. One obviously needn't be strong in every area, realistically, no one is but one may choose to improve in respects that one considers important.
Step four is to experiment deliberately with and practice new skills to bring about change according to one's step three plan.
Step five, which the authors note should take place concurrently with steps one through four, is to develop trusting, encouraging relationships that provide support during the learning process.
As a result of professionals continuing to embrace what they consider to be the importance and relevance of emotions to work outcomes, research on the topic continues to garner interest. See also work by Eysenck (2000); Locke (2005); and Landy (2005) whose examinations of the subject challenge the underpinning assumptions behind EI and offer up a number of criticisms. 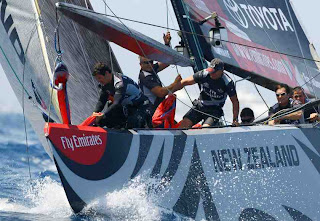 Goleman, D., Boyatzis, R. and McKee, A. (2003) The New Leaders: Transforming The Art of Leadership Into The Science of Results. London: Time Warner Paperbacks
Posted by Sea Kayak Mark at 9:10 AM