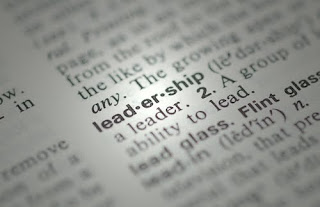 In simple terms, Emotional Intelligence (EI) is the intelligent use of emotions (Weisinger, 1998). According to Weisinger (1998) this allows one to use emotions to guide behaviour and thinking in ways that will enhance results. According to Caruso, Mayer and Salovey, (2005), successful leaders should possesses the ability to be aware of their own feelings and emotions, but also to accurately identify the emotions of the group and of individual followers.
The central finding of EI research is that emotions are essentially contagious, and thus a leader's attitude and energy can "infect" a workplace either for better or for worse. With this in mind Goleman, Boyatziz and McKee (2002) stress the importance of "resonance", which is the ability of leaders to perceive and influence the flow of emotions (including motivational states) between themselves and others they work with. The fundamental importance of resonance, which essentially rests in part upon a leader's ability to put into practice the skill of empathic listening, is explored throughout their book The New Leaders (2003).
Daniel Goleman, Richard Boyatzis and Annie McKee (2003) describe six styles of leading that have different effects on the emotions of the target followers. They go on to identify four domains of EI and five steps towards learning leadership skills. 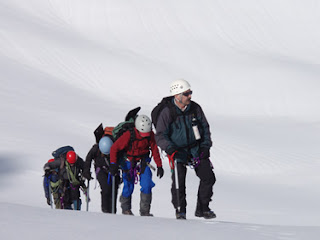 Six Styles of Leadership
The following are classed as styles, not types. Any leader can use any style, and a good mix that is customised to the situation is generally the most effective approach.
The Visionary Leader: leadership that inspires people by focusing on long-term goals. An effective visionary leader listens to the values held by the individuals within the group, and thus can explain his or her overall goals for the organisation in a way that wins their support. The visionary leader moves people towards a shared vision, telling them where to go but not how to get there, thus motivating them to struggle forwards. They openly share information, hence giving knowledge power to others.
The Coaching Leader: this is in essence management by delegation, describes leadership that helps people assume responsibility for a stretch of the road that leads to the organization's success. An effective coaching leader listens one-on-one to employees, establishes personal rapport and trust, and helps employees work out for themselves how their performance matters and where they can find additional information and resources. Delegation of decision-making authority to the employee within his or her area of responsibility, including the power to make and learn from mistakes, is crucial to the effectiveness of this leadership style. Coaching leadership not only frees leaders from doing work for others, but fires-up and accelerates innovation and learning at all levels of the organisation.
The Affiliative Leader: this describes leadership that creates a warm, people focused working atmosphere. The affiliative leader creates people connections and thus harmony within the organisation. A very collaborative style that focuses on emotional needs over work needs. An affiliative leader listens to discover employees' emotional needs, and strives to honor and accommodate those needs in the workplace. The danger of affiliative leadership is that it focuses on the emotional climate while ignoring the work itself, and thus should be used in combination with other leadership styles such as the Visionary style.
The Democratic Leader: leadership in this style obtains input and commitments from everyone in the group. When faced with uncertainty about how to proceed, a leader elicits fresh ideas and renewed participation by faithfully listening to everyone's opinions and information. The listening may be challenging, particularly in a diverse group and when sensitive issues are raised. Dangers include "dithering," as when meetings drag on for weeks without making progress.

These four styles are described by Goleman et al (2003) as "resonance builders" and contrast these with the next two styles that they call "dissonant" styles because they don’t emphasise listening. Goleman et al (2003) caution that while the next two styles are essential under some circumstances, effective leaders use them sparingly because of their potential side-effects.
The Pacesetting Leader: this illustrates leadership that sets ambitious goals and continually monitors progress toward those goals. (This style is sometimes referred to as "management by objective”) The pace-setting leader builds challenge and exciting goals for people, expecting excellence and often exemplifying it themselves. They identify poor performers and demand more of them. If necessary, they will roll up their sleeves and rescue the situation themselves. They tend to be low on guidance, expecting people to know what to do. They get short-term results but over the long term this style can lead to exhaustion and decline. Although this is a superior motivator for certain types of followers and under certain situations, the unrelenting pressure it creates over long periods of use can result in burn-out and loss of both creativity and productivity.
The Commanding Leader: the commanding leader soothes fears and gives clear directions by his or her powerful stance, commanding and expecting full compliance (agreement is not needed). They need emotional self-control for success and can seem cold or distant. This style of leadership issues instructions without asking for input about what is to be done or how: "do it because I say so." Goleman et al (2003) caution that while this style is invaluable during exceptional circumstances; over the long haul it erodes motivation and commitment, leading to massive follower turnover and a downward spiral of morale and productivity.