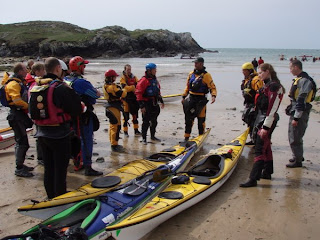 The Anglesey Symposium has been running now for 25 years and should be on the 'must do' list of every sea kayaker, be they neophite or grand poobah. The experience is quite something, in fact I'd go as far to say unique. It really is a worthwhile event to attend for all the richness and energy everyone gives to it. 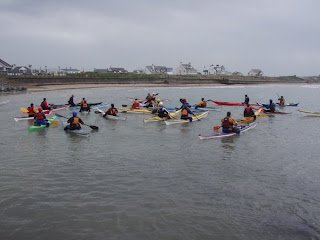 It takes a tremendous effort to organise participants, guest coaches, transport as well as factoring in the tides and weather to ensure that activities run successfully, on-time and safely. It never ceases to amaze me how despite there being over 100 people on the water at any given time so few incidents actually occur. One mystery that is never solved is how, when 12 people sign up, does a workshop end up with 25 participants? 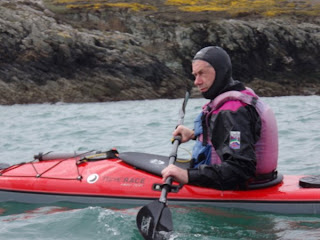 For me one of the great features of going to the symposium, whether I helping out with a water clinic or glad handing the folk who might just want me to test some kit, is the fact that are always some symposium veterans and stalwarts mixed in with the crowd of wide-eyed neewbies. I think its some kind of universal law that there should always be someone on the beach who can say "When I was here in the '80's it all seemed so much simpler, " or words to that effect. The right mix of participants strikes a balance between the 'wonder of it all' and the open skepticism of 'emperor's new clothes syndrome'. 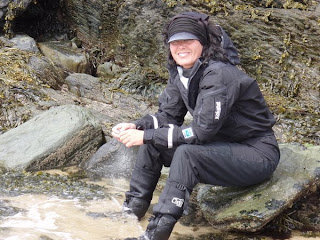 Then of course there is always the chance meeting with one of the growing band of celebrities without whom sea kayaking would be just another outdoor activity. I highly commend the efforts of those who have put themselves forward as part of the growing pantheon of elite. It takes a great deal of sacrifice, hardship and motivation to paddle such vast distances or in remote, hostile environments whether alone, in pairs or as a team. These figureheads form the inspiration for future generations to pick up a paddle and go for it. 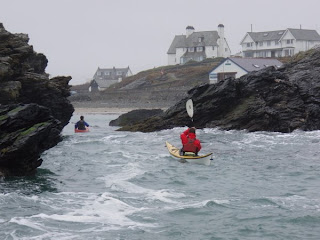 However, putting aside the imparting of wisdom from those that know to those that feel they don't. The hob nobbing, the glitz of shinny new boats, the allure of new toys and the wealth of personalities. What I feel it comes down to is how social sea kayaking is and what a great network of paddling folk we have. Not matter who you are, where you've been and how far you want to go, everyone is on the water doing something and generally having a lot of fun doing it. Testimony to this is the level of chat that goes on afterwards round the bar or tent entrance. Friendships are made and new horizons ready to be sought. 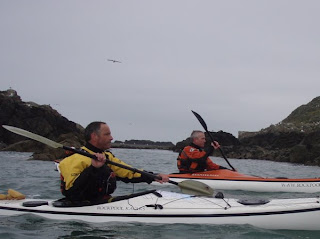