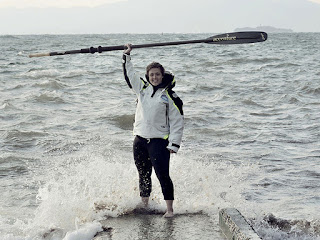 Outen delayed her departure last week due to an impending gale and is hoping to depart in the next week, weather depending. Once on the water, Outen will spend between 150 and 200 days alone out at sea during the 4,500 nautical mile journey. Only two men have previously rowed solo across this northern route from Japan to North America. 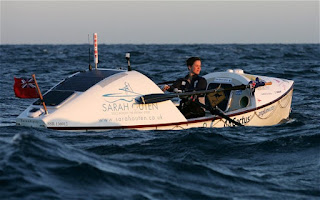 Outen will be 100% self-sufficient with all the food necessary for the journey stocked on her 6.75m customized rowing boat, Gulliver. An on-board desalination machine, will convert seawater into drinking water and a full suite of communications equipment, charged by on-board solar panels, will allow her to conduct interviews, post blogs and tweet while on the ocean.

This North Pacific row is part of Outen’s wider, two and half year expedition, “London2London: Via the World” in which Outen will row, cycle, and kayak in a continuous loop around the planet, covering more than 20,000 miles.

“The North Pacific will be the most gruelling part of my whole London2London expedition,” said Outen. “Physically and mentally, I expect to be exhausted most of the time – the distance, the solitude, the weather conditions and my complete isolation will make it hugely challenging. In spite of the challenges and dangers ahead, I still can’t wait to get out there.” 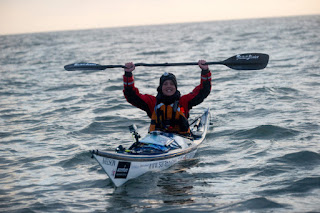 On 1st April, 2011, Outen began her London2London expedition. From London’s Tower Bridge in her kayak, Nelson, she travelled down the Thames and across the English Channel to France. From there she cycled over 10,000 miles on her bicycle, Hercules, through France, Belgium, the Netherlands, Germany, Czech Republic, Poland, Ukraine, Russia, Kazakhstan, China and into Russia’s wild Far East.

Outen then used Nelson and Hercules to paddle and cycle her way over 1,000 miles to Japan via the remote island of Sakhalin.

Once Outen has completed the trans-pacific segment, she will cycle 3,000 miles from Vancouver to Nova Scotia. For the final major leg, Outen will row nearly 3,000 nautical miles to the UK across the North Atlantic Ocean. 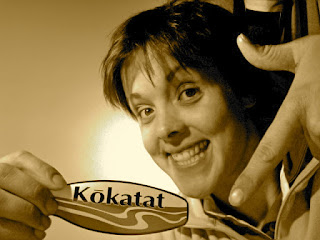 Kokatat has provided Outen with its award winning gear that is relied on by some of the world’s most renowned adventures including:

Outen is sharing her stories along the way through her website and social media to hopefully inspire young people to follow their dreams and believe that anything is possible. She is also hoping to raise £100,000 for her four chosen charities – CoppaFeel!, The Jubilee Sailing Trust, MNDA and WaterAid.

For more information on Outen’s and other Kokatat sponsored expeditions visit www.kokatat.com/expeditions . 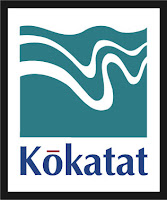 Celebrating over 40 years of innovation, Kokatat is an independently operated, US manufacturer of technical apparel and accessories for water sports. Handcrafted in Arcata, California, Kokatat employees are focused on building the finest functional product for people who work and play on water. Our gear is designed for paddlers, by paddlers, ensuring a safe and enjoyable experience on the water all year long and in all weather conditions.

As always, Kokatat continues to support experienced paddlers attempting first descents and expeditions. The company proudly provides the athletes with the best paddling gear in the whitewater industry.