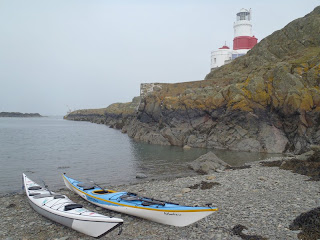 I was asked recently by someone who intends to visit North Wales this summer about potential sea kayaking trips that I would recommend and this got me thinking about the breadth of options available to them. As it so happens there were five trips I did over the winter that stand out to me as being some of the better ones to choose from. I list them here, not in any rank order, with some description of the location and tidal information. To assist with any planning, I would recommend getting a copy of Welsh Sea Kayaking by Jim Krawiecki and Andy Biggs, which is available direct from Pesda Press.
The Ormes 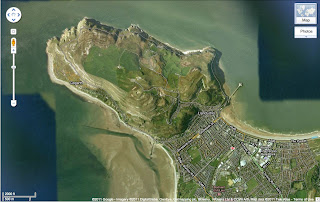 Great Ormes Head is one of the most identifiable landmarks on the North Wales coast, and can be seen clearly from the A55. The imposing limestone cliffs teem with bird life and contrast the somewhat flat features of Llandudno, a popular seaside resort established in the Victorian era. Further east across Llandudno Bay is Little Ormes Head, which can feel equally dramatic when paddling beneath it. Although a trip around these cliffs can feel serious because of long stretches without suitable egress, the tidal planning is straightforward and the currents are relatively weak. The trip can be a short one, from West Shore to North Shore or even extended beyond the Little Orme to Rhos on Sea. 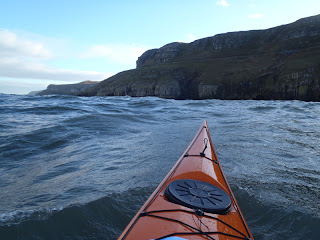 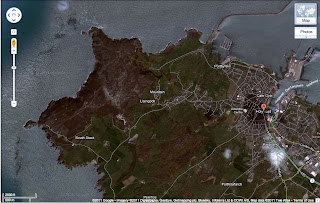 The western extremities of Anglesey are referred to as the Stacks and any trip around these noble outposts of pre-cambrian rock that jut into the Irish sea can be rewarding, breathtaking and at times ferocious. The Stacks are exposed to the most storm and tide, as well as possibly the highest wind and wave action.  As such, the coastline is popular with those sea kayakers wishing to advance their skills. Passage around the Stacks should be well planned to account for the tide races and overfalls that exist at North Stack, South Stack and Penryhn Mawr. Either that so they can be used to maximum effect for playing, or to ensure more moderate waters to allow for rock hopping and bird watching. Soldiers Point, east side of Holyhead and Porth Dafarch, east of Treardurr Bay are popular launch sites depending on which way round you wish to go. 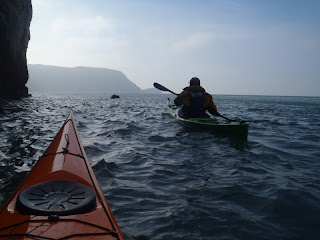 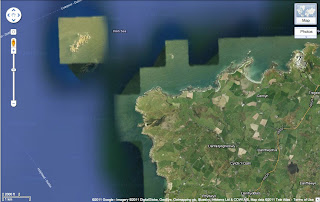 A trip to the Skerries is a North Wales classic. It is a committing offshore paddle that requires sound tidal planning, as well as good skills to deal with the ever present overfalls. The Skerries are a cluster of barren rocky islets exposed to the full might of the Irish Sea. They are overlooked by a prominent lighthouse on the largest of the islands and are a breeding ground for a variety of seabirds. Again, this is seen as an advanced trip due to the exposed nature of the paddling. Popular access and egress points include Church Bay on the west coast, below Carmel Head and Cemlyn Bay on the north coast, east of Carmel Head. 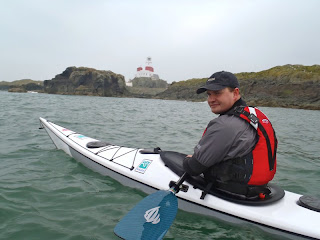 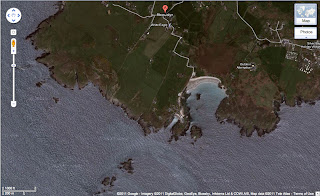 The journey from Borthwen around Rhoscolyn Beacon and past the Head into Penrhos Bay is one of the most appealing trips available on Anglesey. An indented coastline offers up caves, arches and passageways than can provide a variety of options for those keen to explore. The cliffs are not too imposing, though at times landing or escape are not easy. Strong tidal movement can be felt in the Sound and overfalls are present on the southern side of the Beacon. Depending on the direction the trips takes you can end up with ice creams in Treardurr Bay or a beer at the White Eagle near Borthwen. 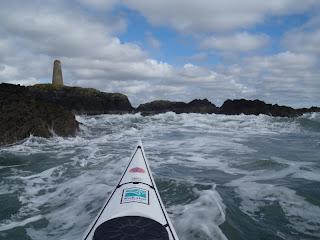 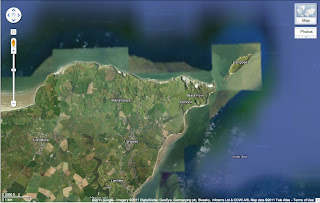 The easternmost point of Anglesey is marked by a precipitous mass of rock that is home to a host of nesting seabirds including the much vaunted puffin. The island goes by several names but most refer to it as Puffin Island, though Ynys Seirol is not an uncommon reference. St Seirol established a monastery on the island, and folklore has it that he was referred to as the pale saint. The popularity of this trip stems from its ease of access, the wildlife that is present here and that it can be completed in a variety of craft. However, the Sound itself can provide interesting conditions depending on the state of the tide. It is possible to gain access from Penmon Point but a toll needs to be paid at the Priory, so many park and launch in the layby before it. One advantage of setting off from the shingle beech at the Point are the rewards available from the tea shop which is open in the summer months. 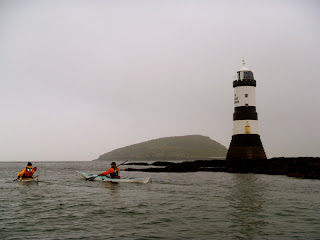 High water occurs 30 minutes before Liverpool. The tide goes north through Puffin Sound and then runs north-west 30 minutes before HWL, whilst the south-east going stream runs 5.30 hours after HWL. The spring rate is no more than 3 knots. 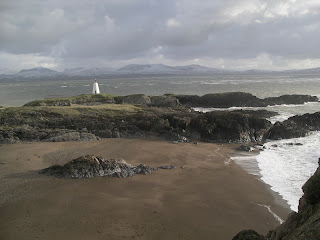 If you wish to have a guided sea kayak experience, either on any of the trips listed or wish to visit some of the more esoteric gems on the Anglesey coastline such as Llandwyn Island (above), then get in touch.
Posted by Sea Kayak Mark at 9:31 AM