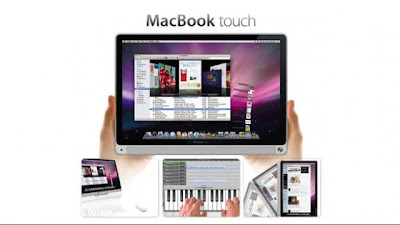 It appears that the Apple tablet rumors just won’t die. There is a rumor that a certain company have supplied touch screens to Apple for an alleged tablet. As of today Apple hasn’t released word of a touch screen tablet yet. We are only thinking, where is the keyboard and the mouse? If those two pop-up wouldn’t that take up a lot of space on the tablet. Plus, you can’t sit up right and type comfortably. Well Apple, we think you still have some creative thinking to do.
Posted by Sea Kayak Mark at 1:00 PM